It could easily cost the Wolmer’s Trust somewhere close to $200 million if the plans to improve on the brand established by one of the Caribbean’s oldest educational institutions over the next five or so years are realised.

Wolmer’s Trust chairman, Milton Samuda told Sunday Finance that among the plans for the institution, founded in 1729, is to construct an auditorium which will serve all three schools — Wolmer’s Boys, Wolmer’s Girls, and Wolmer’s Preparatory — establish an academy, as well as upgrade the Prep School.

“I think that we have a brand. We have 282 years of experience behind us but the challenge always is to keep that brand relevant,” Samuda said.

“If we were doing things the way we did it 50-100 years ago we wouldn’t be relevant, so the Trust is taking the opportunity to re-look the product offering.”

The Trust hopes to find new ways of increasing the revenue coming into the schools, which by extension would also help the lives of the students it educates.

“The only way you can sustain a product is to have an income stream that makes you able to sustain it at the high level,” Samuda said.

According to Samuda, broadening the offering beyond the core market is a key part of earning that much-needed income.

“I view my principals as CEOs and that is how I treat them,” Samuda said. “That is how I view them in terms of accountability because when you think about it… they are responsible for a massive amount of plant and equipment. They have a major force working with in term of academics and ancillary staff.”

As part of the plans, the Wolmer’s Trust last Sunday hosted a brunch to mark the 282nd anniversary of the will written by goldsmith John Wolmer in May 1729.

“…To put the brand back out there and put a face on the Trust,” Samuda said.

In his will, Wolmer bequested that a free school be established in the parish in which he died and he left just over £2,000 to help carry out his wishes.

Last Sunday’s activities started with a sail across the Kingston Harbour from Port Royal, re-enacting the final hours of Wolmer who was brought across the Harbour by friends from Port Royal where he lived and which was a separate parish at the time.

That was followed by a worship service at the Kingston Parish Church where Wolmer is buried and which is also adjacent to the school’s original site.

Public Prosecutor Caroline Hay, and broadcasters Dahlia Harris and Robert Robinson, all Wolmer’s Schools past students, were MC’s at the function while television presenter Keriann Lee, a former head girl gave a special tribute to the school’s founder.

“The idea was to remind Wolmerians that there is such a school as Wolmer’s so that when we do things they’ll be inclined to participate,” Trust member Judith Robinson told Sunday Finance. 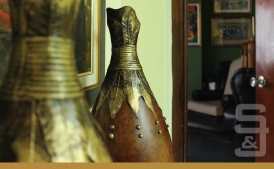 Milton Samuda, managing partner in the law firm of Samuda & Johnson, was given the nod Tuesday as new president...